The equivalent thermal conductivity of heat pipes can reach the order of 105 W/m•°C. Hundreds or even thousands of times that of general metal materials. It can transmit large amounts of heat over long distances through a small cross-sectional area without external power. Because the heat pipe has good thermal conductivity, simple structure, reliable operation and uniform temperature.

The working principle of heat pipe

Heat pipe: It is an artificial component with excellent heat transfer. The commonly used heat pipe consists of three parts: the main body is a closed metal tube (tube shell), and there is a small amount of working medium (working fluid) and capillary structure in the internal cavity. (tube core), air and other debris in the tube must be excluded. Heat pipes work using three physical principles:

(1) In a vacuum state, the boiling point of the liquid decreases;

(2) The latent heat of vaporization of the same substance is much higher than the sensible heat;

(3) The suction force of the porous capillary structure to the liquid can make the liquid flow. From the perspective of heat transfer, the heat pipe can be divided into three parts along the axial direction: evaporation section, adiabatic section and condensation section.

The shell of the heat pipe is a pressure-bearing part, and it is required to be made of materials with high thermal conductivity, pressure resistance and thermal stress resistance. In the selection of materials, it must be considered that the heat pipe will not corrode the tube shell during long-term operation, and the working fluid will not have chemical reaction with the tube shell, and will not produce gas.

There are many kinds of tube and shell materials, such as stainless steel, copper, aluminum, nickel, etc., and precious metals such as niobium, tantalum, glass, ceramics, etc. can also be used. The function of the tube shell is to seal the working part of the heat pipe, receive and release heat at the hot end and the cold end, and withstand the pressure difference generated when the pressure inside and outside the pipe is unequal.

The core of the heat pipe is a capillary structure that is close to the inner wall of the tube shell. Usually, multi-layer wire mesh or fiber, cloth, etc. are used to close the inner wall in the form of a lining to reduce the contact thermal resistance. The lining can also be composed of porous ceramics or sintered metal. . A schematic diagram of the results for several different dies is shown above on the right.

The division of the three sections of the heat pipe:

Attached below: The moving diagram of the heat pipe heat exchanger (below).

Heat transfer of heat pipes: In the process of realizing its heat transfer, the heat pipe includes six interrelated main processes: (as shown on the right above)

① The heat is transferred from the heat source to the liquid-vapor interface through the heat pipe wall and the liquid-absorbing core filled with working liquid;

② The liquid evaporates on the liquid-vapor interface in the evaporation section;

③ The steam in the steam chamber is from the evaporation section to the condensation section;

④ The steam condenses on the vapor-liquid interface in the condensation section;

⑤ The heat is transferred from the vapor-liquid interface to the cold source through the wick, the liquid and the pipe wall;

⑥ In the wick, the condensed working liquid flows back to the evaporation section due to capillary action.

The working characteristics of the heat pipe

For ordinary heat pipes, the main driving force of the liquid and vapor circulation is the capillary force generated by the combination of the capillary material and the liquid. Assuming that the evaporation rate is uniform along the evaporation section and the condensation rate is uniform along the condensation section in the heat pipe, the distribution of mass flow rate, pressure distribution, temperature distribution and meniscus curvature are shown in the upper right figure.

In the evaporation section, due to the continuous evaporation of the liquid, the vapor-liquid interface is retracted into the tube core, that is, it sinks to the side of the capillary hole, so that a meniscus concave surface is formed on the surface of the capillary structure. In the condensation section, the result of the gradual condensation of the steam makes the liquid-vapor interface higher than the liquid-absorbing wick, so the interface is basically a plane shape, that is, the radius of curvature of the interface is infinite (see the upper left picture and the lower right picture). The difference in the radius of curvature provides the capillary driving force (circulating pressure head) for circulating the working fluid to overcome the circulatory resistance caused by the gravity, friction and momentum changes acting on the working fluid in the circulating flow.

It can be seen from the figure that when the working temperature is low, the viscous limit and the speed of sound limit are most likely to appear. At high temperature, capillary limit and boiling limit should be prevented. Therefore, the operating point of the heat pipe must be selected below the envelope.

The vapor and liquid are in a saturated state → excellent isothermal properties → temperature flattening.

The heat exchange area of ​​the evaporation section and the condensation section is variable → the variability of the heat flux density → the adjustment of the tube wall temperature (to avoid dew point corrosion).

Reversibility of the direction of heat flow.

The cored heat pipe relies on capillary suction to return the condensate;

①Characteristics of gravity heat pipe: No need for absorbent core, simple production and low cost; The thermal resistance R3 and R7 generated by the wick itself is reduced, and it has good heat transfer performance. All failures caused by the wick can be avoided and the work is reliable.

Mainly used for heat transfer, cannot be used for temperature equalization; can be used as a thermal diode.

According to the characteristics of the gravity heat pipe, most of the heat pipe heat exchangers used for waste heat recovery in China use this form of heat pipe.

According to the working temperature in the heat pipe:

Compatibility and life of heat pipes

Compatibility means that within the expected design life of the heat pipe, the working liquid in the pipe does not undergo significant chemical reactions or physical changes with the shell. One of the important factors affecting the life and work of the heat pipe produces non-condensable gas.

Due to the chemical reaction or electrochemical reaction between the working liquid and the tube and shell material, a non-condensable gas is generated. When the heat pipe is working, the gas is swept by the steam flow to the condensation section and gathers to form a gas plug, thereby reducing the effective condensation area. The thermal resistance increases and the heat transfer performance deteriorates. The most typical example of this incompatibility is carbon steel-water heat pipes, due to the following chemical reactions between the iron in carbon steel and water:

The non-condensable hydrogen produced will deteriorate the performance of the heat pipe, reduce the heat transfer ability or even fail.

Only a heat pipe with good long-term compatibility can ensure stable heat transfer performance, long-term working life and the possibility of industrial application. It is through the chemical treatment method that the carbon steel-water heat pipe effectively solves the problem of the chemical reaction between carbon steel and water, so that the carbon steel-water heat pipe, a high-performance, long-life and low-cost heat pipe, can be widely used in the industry. Scale promotion and use.

Before proceeding with heat pipe design, the following factors should be determined first:

① Selection of working liquid in the heat pipe;

② The structure of the liquid-absorbing core in the inner tube of the heat pipe;

Generally speaking, this has to do with the purpose of the design. Different applications have different design requirements for heat pipes. The design calculation of the heat pipe is usually carried out in the following steps:

② Shell and tube design: When the heat pipe part is working, it is generally in a negative pressure state (except for low-temperature heat pipes), and the external pressure is generally atmospheric pressure, so the instability of the tube and shell can be ignored. Therefore, the design of the tube and shell is mainly based on strength. The wall thickness of the tube shell is obtained from the wall thickness obtained by the strength calculation plus the corrosion allowance, and the end cover can be easily designed according to the design of the flat plate.

③ Absorbent wick design: The basis for designing the wick is the calculation of the capillary limit.

⑤Check calculation: check the carrying limit and boiling limit, and finally check the Re number to check whether it is laminar flow. 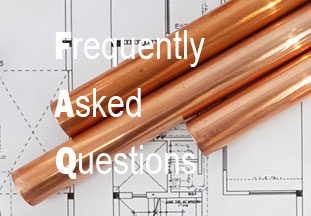 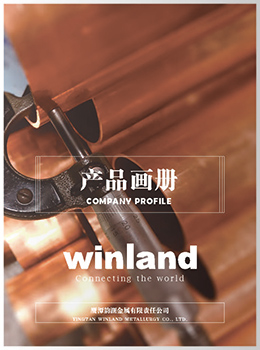